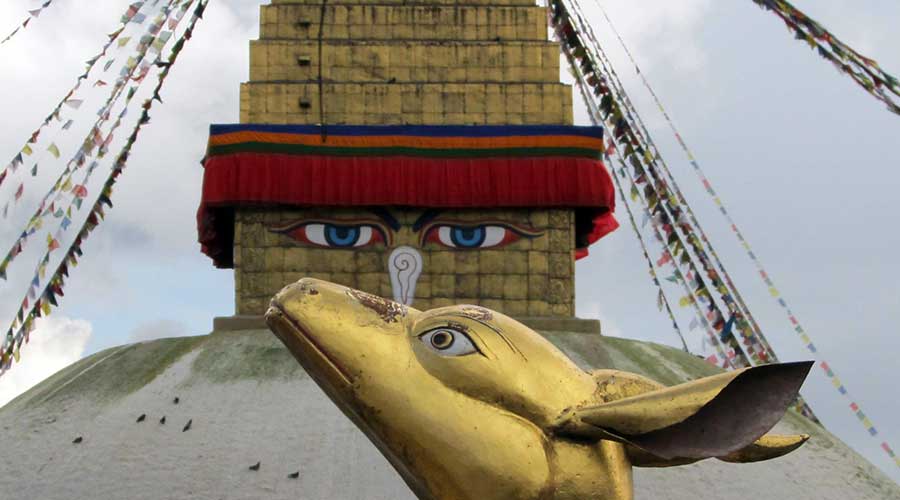 Arrival at Raxaul and Transfer To Pokhara - Our representative will be there to receive the guest at Raxaul  - He will assist guests to drive to Pokhara – Birganj border Nepal side - Birgunj /  Birganj is a metropolitan city and border town in Parsa District in the Narayani Zone of southern Nepal, attached in the north to Raxaul in the border of the Indian state of Bihar - Closest airport to Birgunj is Simara Airport (SIF) - The flight is 10 - 15 minutes to Kathmandu - Ticket to Kathmandu cost starts from INR 2200 onwards - Places of interest iaround Birgunj are Ghantaghar, Gadhimai Temple, Parsa Wildlife Reserve, Narayani Stadium, Gahawa Mai Temple, Bindwasini Mai Temple, Bhiswa Hillock, Ghantaghar, Shankaracharya Gate, Vishwa Hindu Parishad Park (Shri Narshing Temple Pipra Math), Ghadiarwa Pokhari & Birta Mai Temple -  Transfer to Pokhara by road – It is approximately 200 kilometres and is nearly 05 - 06 hours drive - Pokhara is a metropolitan city in Nepal - It is the country's second largest city in terms of population after the capital Kathmandu since Pokhara and Lekhnath were merged to create Pokhara Metropolitan City in May 2017 - It is the provincial capital of Gandaki Pradesh and headquarters of Kaski District - The altitude varies from 827 meters i.e. 2713 feet in the southern part to 1740 meters i.e. 5,710 feet in the north - The Annapurna Range with three of the ten highest mountains in the world i.e. Dhaulagiri, Annapurna I and Manaslu  is within 24 - 56 kilometers i.e. 15 –35 miles of the valley - It’s known as a gateway to the Annapurna Circuit, a popular trail in the Himalayas -  Reach Pokhara and check in to Hotel - Evening free to stroll around the lake and Local market - Overnight stay at Pokhara Hotel or Resort

Sarangkot Excursion & Pokhara Half Day Sightseeing - Excursion Sunrise tour to Sarangkot & Half Day Pokhara Sightseeing - Sarangkot - Early in the  morning 04 – 04:30 AM departure from hotel to Sarangkot - Drive up Sarangkot hill & few minute  walk to observe a stunning view of Sunrise over snow capped mount Fish Tail & Mount Annapurna range (About 02 hours) - Back to Hotel / Resort - Have Breakfast  - Pokhara ticks all the right boxes, with spectacular scenery, adventure activities, and accommodation and food choices galore - Whether you’ve returned from a three-week trek or endured a bus trip from hell, Lakeside Pokhara is the perfect place to recharge your batteries - The city has a humid subtropical climate; however, the elevation keeps temperatures moderate. Temperatures in summer average between 25 and 35 °C, in winter around - 02 to 15 °C - Start the half day Pokhara sightseeing includes - Davis Falls, Gupteshwor Mahadev temple cave, Goddess Bindyabashani Temple, Seti river gorge & Tal Varahi Temple – Optional is Boating at Fewa lake and visit to Tal Barahi Temple (located on the island in the middle of Phewa Lake) - Evening free for own activities – One can visit the local market and few good eateries near the Lake – Back to Hotel or Resort - Overnight stay at Pokhara

Transfer to Kathmandu Via Manokamana Darshan - Early Morning Breakfast - After breakfast start the transfer to Kathmandu – On the way Manokamana Darshan - The Manakamana Temple is situated in the Gorkha district of Nepal is the sacred place of the Hindu Goddess Bhagwati, an incarnation of Parvati – Manokamana is nearly 115 kilometers from Pokhara – Guests can use he Ropeway - One can use the stairways or the Ropeway - After Darshan proceed to Kathmandu – Pokhara & Kathmandu is nearly 235 kilometers takes 05 – 06 hours by road - Reach Kathmandu - Hotel check in  Kathmandu - Situated at an height of 1400 meters / 4600 feet lies the central region of Nepal - Kathmandu is a pupil-dilating experience, a riot of sights, sounds and smells that can quickly lead to sensory overload - Whether barrelling through the traffic-jammed alleyways of the old town in a rickshaw, marveling at the medieval temples or dodging trekking touts in the backpacker district of Thamel, Kathmandu can be an intoxicating, amazing and exhausting place - Kathmandu is home to 06 UNESCO World Heritage sites, nominated based on their cultural and natural value - Casinos is one more attractions in Kathmandu with the maximum visitors famous ones are Anna, Casino Royale, Yak & Yeti & Rana Place along with others – Evening free to stroll around the area – During evening hours guests can visit the Mall or Casino [To return back to hotel or resort Taxi are available from most of the Casinos] - Overnight stay at Kathmandu

Kathmandu Sightseeing - After breakfast full day sightseeing of Kathmandu - Kathmandu is with a rich history, spanning nearly 2000 years - Best part of Sightseeing is the UNESCO recognized sites (06) are in Kathmandu like Kathmandu Durbar Square, Bhaktapur Durbar Square, Patan Durbar Square, Swayambhu Nath, Pashupati Nath,  Boudha Nath – Start with Pashupati Nath Temple nearly 05 kilometer east of Kathmandu city centre - Pashupati Nath Temple is one of the most important holiest sites for Hindus all over the world – Boudha Nath Stupa - 05 kilometres east of central Kathmandu - The stupa stands on a three – tiered platform raised over the crossed rectangles in order to bring the Yantra form – Swayambhu Nath Stupa is nearly 04 kilometres on the west of Kathmandu city on a little hillock & Patan Durbar Square is nearly 05 kilometres south of central Kathmandu, across the Bagmati river - This city founded in 3rd century A. D by King Veera Dev - The monuments in this square date back to the medieval Malla period from 16th to 18th century – One Option worth mentioning is the express flight to Everest with Yeti airlines and fly right over the Himalayas and see Mount Everest from above - Back to hotel or drop to market like Thamel or Casinos – Guests will have to return to Hotel / Resort with Taxi which is available from all Casino or Mall -  Overnight stay at Kathmandu